Communication – The Achilles heel of Graduates

The most important skill the industry is looking for, in a fresh graduate is to express herself/himself in the English Language,(Of-Course a Foreign language) albeit the working language.

Lack of this important skill is the biggest hurdle for highly competent and knowledgeable candidates to secure a decent job after their graduation. This is especially true in the case of students from rural areas and also sometimes from semi-urban regions. They lose out to their lesser competent city counterparts not on knowledge, creativity or confidence, but for their command over the working language – English! It is not true that these students do not know to communicate in English, it just that they haven’t made an effort to do so and I have tried to decode the reasons behind this

Let me take you back to your childhood for a moment, do you remember when you started speaking your Mother Tongue (MT for short).You would have realized that  well before attending kindergarten or anganavadis you would have accomplished speaking your MT. Basically, you spoke a language before even understanding the alphabets or so-called aksharamala’s. how was that possible?. The answer is very simple. Other than the FirstCry (No I am not talking about the baby brand, the first cry after birth) all of us as a toddler try to express our self by replicating the sound we hear, as time goes we start replicating words which our parents or people around us say and slowly gaining proficiency, same goes with speaking English listen and respond. Imagine if our parents had been speaking English, we would have been proficient in the same and I wouldn’t be wasting my time on this article.

All other subjects can be thought and understood in your native language but English has to be learnt as it is ( i.e. it shouldn’t be thought/taught) and not in your mother tongue(MT) and then converted back and forth. This is the biggest mistake done by people whose native language is not English. That being said unfortunately in our system of education English is being taught as a subject with rules and formulas.

Knowing to communicate or converse in a language of choice, even if its English can be accomplished only by speaking out verbally and interacting with other, my point of contention is that I know a large number of people(once upon a time even me) who can speak in their imagination but when it comes to the reality they stumble like they have run out of words for the smallest of conversation. The best way is to make small talks with friends(easier said than done) in your daily activity, just to get over the inhibitions. Right or wrong is secondary but getting over the inhibition is a major hurdle and that can be overcome only by using every opportunity you get to express. The case in point to support my above claim is look at the number of people working in  states other than their native, most of them had managed to pick up a new  language very fluently in a year or two, how do you think they did it ?.

So you might ask, now that you have gained first-hand knowledge on the language all these years even learning all the subjects in English, why you are not able to converse or express fluently, the answer to this also comes from your childhood. As a child, there is no self-realization, you never were afraid to express yourself never had we thought what others will think,  but as we grow up our actions were all based on how others perceive it, so we tend to avoid doing things which will show as in bad light in front of others. This fear is why we are not able to pick up the language for conversation, although we might be good in writing stories.(especially in our answer sheets)

Another thing is that using English for communication and writing examinations on various subjects in English are totally two different things, the former is extempore and current, whereas the latter is a reproduction of specific content.

The other problem for the late 80s and 90’s kids are that there is no avenue to practice speaking the language. Most of them though studied in English medium schools the medium of instruction will turn out to be local language expect for a few  teachers with whom the students also rarely interact one on one for a longer duration. This is a big drawback, the only other option is friends.(we all know how disastrous it is if we start speaking in English among our friend circle)

To sum up the hurdles, I believe, behind speaking English fluently are( or for that matter any language)  learn it as a language not as a subject, remove inhibitions  and start speaking. 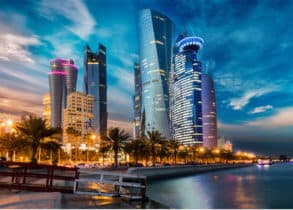 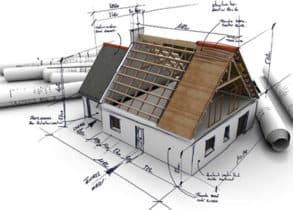 Importance of Space Planning and Standards in Interior Designing